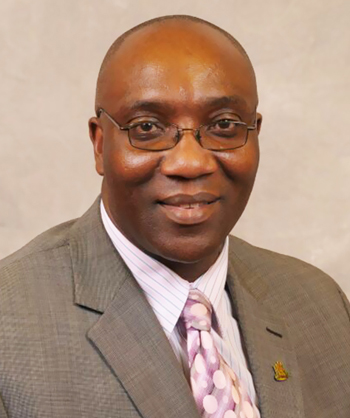 Rev. Seth Senanu Kpodo, Jr. was born on February 12th, 1964 to Rev. and Mrs. Seth Kwaku Kpodo at Akwatia in the Eastern Region of Ghana. He began his primary education at the Consolidated Diamonds Limited School in Akwatia, and then went to Asamankese Secondary School also in Ghana to complete his high school education from 1977-1982. Rev. Seth completed his Advanced level education at the Workers College in 1984.

He became a born-again Christian in 1980 and immediately got involved in the Scripture Union evangelism program. He was also part of the “Jesus to the Rural World” Ministry and in1990, he joined the International Central Gospel Church (ICGC) at Akwatia. While serving in Akwatia, he helped to establish two covenant families. He was later made in charge of the Praise and Worship Ministry. From Akwatia, he joined the Tema branch of ICGC and later the Ashongman branch in Accra, Ghana.

Rev. Seth relocated to the USA in 1999 and became a member of the New York branch of ICGC in the year 2000. He served faithfully in various capacities within the church and was ordained as a Deacon in 2003 by Rev. Emmanuel Owusu Kyereko.

Following the Lord’s call upon his life, Rev. Seth together with some brethren started a covenant family in Elizabeth, New Jersey in 2002. In 2004, he started a new ICGC branch in New Jersey and served as the Senior Pastor. The church under his leadership grew from a12 congregation to over 150 families over the years.

In 2006, Rev. Seth obtained an Associate’s Degree in Christian Ministry at Sure Foundation Theological Institute in Seminole, Florida and went on to pursue a Bachelors Degree in Church Ministry at the same school.

Rev. Seth is a gifted marriage counselor and he continues to help restore broken marriages not only within his church, but also outside the church. His greatest passion is to see lives transformed through the redeeming Grace of our Lord Jesus Christ.

He is married to Mrs. Ethel Ampiaw Kpodo, a graceful First Lady and professional social worker. They are blessed with a son; Yohermry Gameli Kpodo.

God is using Rev. Seth Kpodo in diverse ways not only as the head Pastor of ICGC Liberty Temple, but also, as a key instrument in raising leaders, shaping visions and influencing the township of Orange NJ and beyond, through Christ. 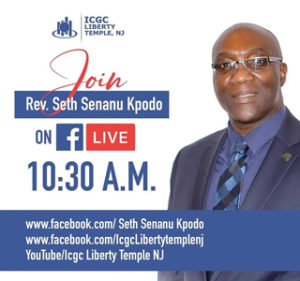